Utz Riese (born in 1944, died on April 4th, 2005) has made lasting contributions to the discourse on Postmodernism and American Studies with its manifold interweavings and aesthetic-literary practices. He has closely linked these with contributions to the theory of “postcoloniality.” From the 1990s onwards, reflections on the cultural translation in inter-American contact zones became broadly significant. Riese has enlarged upon these reflections in his works on the modern and postmodern American novel as well as on Chicano/Chicana literature. His final contribution was promoting the start of the project Die 'anderen Modernen' New Yorks. Stadträume als Kontaktzonen kultureller Übersetzung with special relation to the field of urban studies.

Without his commitment—especially as longtime project manager, most recently with Günter H. Lenz—the research group for American Studies at the Zentrum für Literaturforschung would not have been imaginable. On the 4th of April, 2005, he passed away very unexpectedly and incomprehensibly for us all.

The staff members of the ZfL 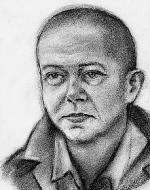