Honorary member of the ZfL, Professor at the Institute of Philosophy at the Russian Academy of Sciences Moscow (Russia)

Michail Ryklin is Professor at the Institute of Philosophy at the Russian Academy of Sciences, where since 1997 he has been head of the »Philosophical Anthropology« department. Ryklin studied philosophy and aesthetics at Moscow State Lomonosov University with scholars such as Merab Mamardashvili. In 1978 he completed his doctoral thesis on Claude Lévi-Strauss and Jean-Jacques Rousseau. He has held guest professorships in Paris, Strasburg, New York, and Berlin, just to name a few. In 1994 he became a member of the New York Academy of Sciences and, in 2008 an Honorary Member of the ZfL.

Michael Ryklin’s work represents a kind of thinking at the periphery of ideological discourses.  His philosophical analysis of systems of terror fills a »gap in the Western archive«, as he develops a philosophy that brings to the fore the problem of terror in Stalin’s Soviet Union and in post-Stalinist Russia. The scope of his work focuses on issues that trouble the history of Russia and Western Europe and their perception of each other. In the early 1980s, Ryklin was one of the founders of the Moscow-based press Ad Marginem, which was responsible for printing the first Russian translation of Heidegger’s Being and Time. Ryklin translated and edited the works of Gilles Deleuze, Jacques Derrida, Michel Foucault, Roland Barthes, Claude Levi-Strauss, Theodor W. Adorno, and Walter Benjamin, thereby securing for himself an important role in the spread of 20th-century Western European philosophy in Russia.

His ongoing work at Lettre International has furthermore earned him world-wide acclaim as a publisher committed to bringing together East and West. His book By Right of Being Stronger. Russian Culture in the Age of »Controlled Democracy« (Suhrkamp 2006) won the Leipzig Book Award for European Understanding in 2007. 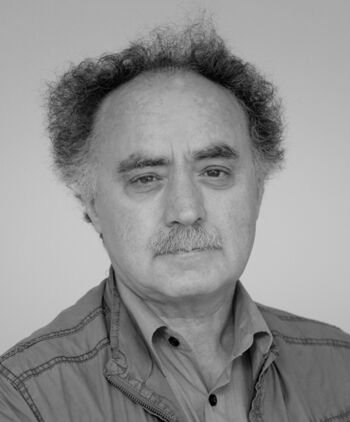