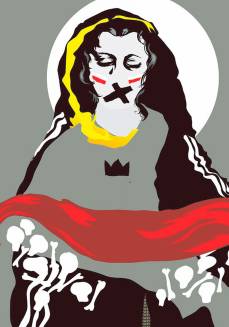 The project aimed at opening up a new set of questions concerning culturally specific modes of affect within the context of the all-pervasive process of globalization. The cultural particularities of localized self-positioning and its accompanying national-religious pathos start to take shape only once they are seen as part of the confrontation and reconciliation with the globalized, everyday myths of the “West” and the spectrum of potential identification figures found in contemporary popular culture. From the perspective of the Eastern European “margins,” especially since the collapse of the Soviet Union, affective attachments to certain rituals, institutions, and regulations become visible (e.g., nostalgia, phobias, mourning, and imperial or anti-imperial affects). These attachments are furthermore inscribed in older traditions with symbolically charged fields that date from the pre-revolutionary and real-socialist periods.

The project analyzed artistic works (literature, theater, film) from Poland, Russia, and the Ukraine as exemplary evidence for the development of a more differentiated vocabulary regarding the diverse ways that modes of affect are being brought up to date in the present. In Poland, for instance, the great potency of imbuing symbols with nationalist-Catholic and “Romantic” connotations stands in direct contrast to the imperial and communist regimes that previously controlled symbolic meanings in the country. One might also consider the trend in Russia of an intensified rejuvenation of symbolic gestures that draw from Russian Orthodox and retro-Soviet traditions, which only becomes clear when juxtaposed against supposedly “foreign” cultural models and artistic practices. It is in this sense that the contemporary theater of Paweł Demirski “exhumes” the national epic of Adam Mickiewiczs’s play Dziady (Forefathers’ Eve), when the hero finds himself detached from all religious ties and other points of cultural orientation in the face of the globalized state of everyday life (see poster above from Marcin Kuligowski's Dziady. Ekshumacja [Forefathers' Eve: Exhumation], 2007). 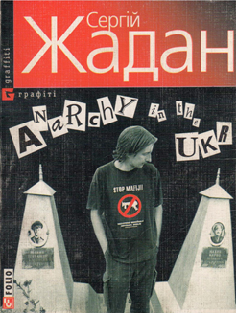 Or one might also look to Serhij Zhadan’s novel Anarchy in the UKR, in which he contrasts the heroic monuments of the Red Army with the search for anarchic traces of the Makhno movement, the sad ruins of Soviet postwar modernity with the tragic biographies of its inhabitants, and the pathos of the Orange Revolution with rebellious acts of distinction performed in Western rock and punk music. These juxtapositions serve to expose the pathos formulas behind the fight for freedom (see image of Zhadan’s book cover, left).

Artistic confrontations with these gestures of collective or individual belonging that are especially laden with symbolic meaning and affect constitute the core of the project’s interest, as it examines which unresolved historical conflicts and problematic (religious-)cultural legacies continue to be passed on and given new currency in these works of art.

Post-mortem Stalingrad. Shifting Memoryscapes of the City and the Battle