The volume firstly analyzes the cultural-historical background of the current upheavals in the relationship between man and nature. Secondly, it asks whether the current crisis requires a conceptual redefinition of the value of nature in ethical-normative terms and what the legal consequences of such a redefinition would be. Thirdly, the volume also addresses the anthropological dimension of the fundamentally changed relationship between man and nature. Symbolically, this change is represented by the designation of our present day as the Anthropocene. In August 2016, this name was officially adopted by the International Geological Society, after it was only disputed at the end when this epoch began and which marker should be used as a criterion for its beginning: the spread of plastic waste, concrete, soot, chicken bones, or the accumulation of radioactive elements in the ground (the latter was agreed upon and the year 1950 as the beginning). That this change is not only to be documented objectively, but that it represents a threatening scenario is demonstrated in the topics ‘climate change’ and ‘biodiversity.’ 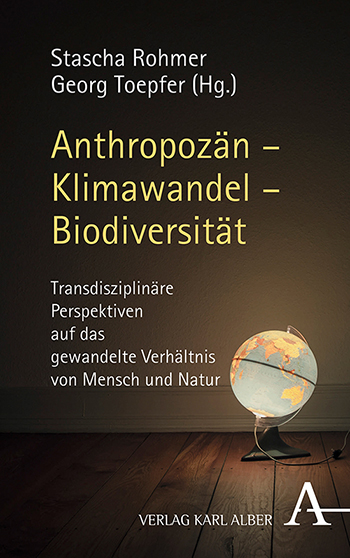