The reception of Goethe’s morphology has largely been limited to its holistic understanding of Gestalt. Accordingly, the reception of morphology in the beginning of the 20th century was interpreted as a compensatory or apotropaic reaction to crisis-ridden experiences of modernization. However, the history of its reception begins to appear less homogeneous if morphology is viewed as a repository for questions on the formation and the change of form. These are questions that Goethe was not yet able to answer at the preliminary stages of disciplinary differentiation, and they can no longer be answered in disciplinary terms after 1900. In 20th century theory, morphology is therefore a factor that irritates established frameworks of knowledge. Today, it is an exciting subject of research: At a time when fundamental distinctions such as nature vs. culture or vitalism vs. mechanism have come under scrutiny, the essays in this volume are informed by current discussions on problems of form. 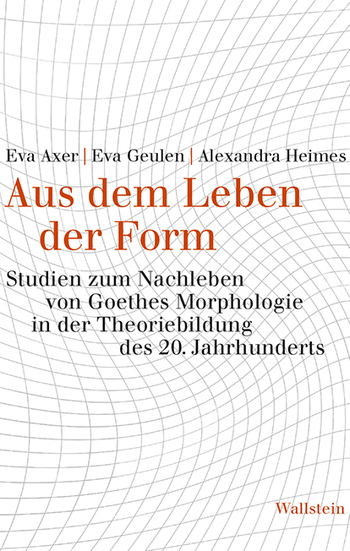