Goethe probably had neither hamsters nor guinea pigs. Maybe that’s why he did not know what owners of such pets quickly realize: rodents have to constantly gnaw, as otherwise the distinctive incisors of the species will grow so long that the animal will starve. For Goethe, the rodents’ “almost compulsively passionate, unintentionally destructive chewing” remained a puzzle. The poet was also struck by the “unsteadily fluctuating” appearance of this multifarious species, “a certain arbitrariness of form that is loose to the point of shapelessness.” Such formulations—relatively unknown compared to Goethe’s core morphological principles—occasion a re-reading of his “folders for morphology” (1817–1824) as an astute, if surprisingly unsettled, and yet sustainable theory of temporal (life) form, the importance of which must be grasped for later considerations of form and of life. 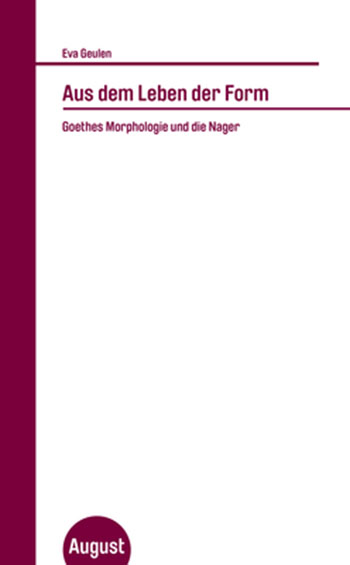