As ubiquitous as periodicals are in the history of ideas, the arts, and sciences, their functions, modes of presentation, and addressing are in need of explanation and theory. Particularly in the age of digital reading, in which relations between the media, the readership, and the public are undergoing profound changes, it is worth reflecting on the historico-cultural role of publishing in magazines. In the second part of their thematic focus, the Internationales Archiv für Sozialgeschichte der deutschen Literatur (IASL) publishes additional articles from the Working Group: The Cultural Study of Periodicals, which was co-founded at the ZfL in 2017. The arcticles discuss case studies from different historical contexts with a focus on shared methodological problems concerning the cultural study of periodicals.

see the first part of the main topic 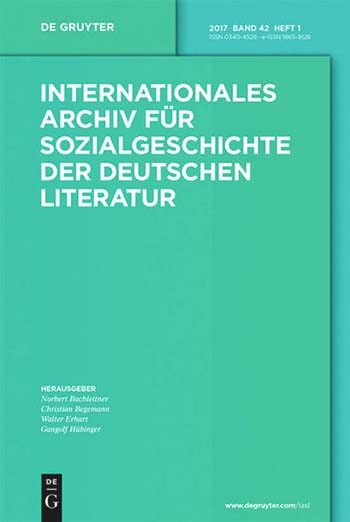