In the theater, the chorus occupies a precarious position between the familiar and the foreign, between agency and dependence, between humans and gods, and, finally, between the world depicted and the reality experienced by the recipients. Most importantly, though, the chorus ignites the question of how community is presented and performed.

In detailed readings of choral plays by Heiner Müller, Botho Strauß, Elfriede Jelinek, Tankred Dorst, Ewald Palmetshofer, Rainald Goetz, Gert Jonke, and René Pollesch, Maria Kuberg examines how the chorus is addressed in contemporary German drama. What forms does the choral community assume in the text? And how do these correspond to the genre of drama, which traditionally foregrounds the actions of individuals? These questions guide this illuminating exploration of contemporary theater in which, as Kuberg shows, community figures as a central topos.

In doing so, the study operates on three historical levels: Choral theater texts from the late 20th and early 21st centuries are juxtaposed with a theatrical tradition that goes back to ancient Greece. The philosophical and aesthetic examination of the chorus, as conducted in the 19th century by Schiller, A. W. and F. Schlegel, Hegel, and Nietzsche, mediates between the ancient and contemporary texts. By intertwining these three levels, Kuberg developes a theory of the chorus that takes into account both aspects of genre and theories of community and that exposes the aesthetic and political potential of the texts. 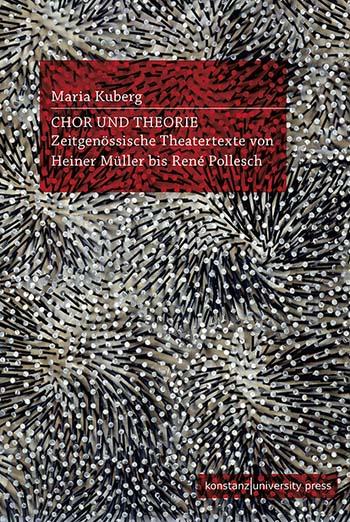