The metaphor of the Iron Curtain dominates our perception of the Cold War until today. But what influence did the separation between East and West have on Europe’s social and cultural-historical self-examination in the history and literary studies of that time?

Instead of simply adopting the East-West model, Barbara Picht turns the paradigm itself into a research object within the history of science. She analyzes significant cultural self-conceptualizations in Cold War Europe with a focus on history and literature. By looking at the works of Fernand Braudel and Robert Minder (France), Werner Conze and Ernst Robert Curtius (FRG), Walter Markov and Werner Krauss (GDR), and Oskar Halecki and Czesław Miłosz (Poland and US American exile), she shows that the “interpreters of Europe” did not obey to the bipolar logic of system confrontation. The “institutional power” of the Cold War was very much felt. However, when it comes to the history of European humanities and cultural sciences within the conflict of systems, one must part with the dominating image of the Iron Curtain. 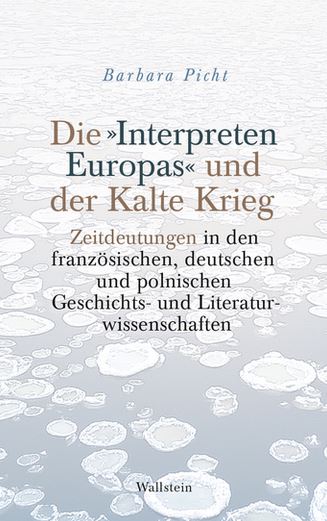