Humanity’s being conscious of the destruction of nature is as old as the Industrialization made responsible for it. Nevertheless, it took more than one-hundred years until the ecological paradigm gained acceptance. However, every political order bases its existence on a nature which it cannot control. In the age of ecology, the dying nature defines our society. If humanity wants to survive, they have to take care of the basis of their existence and make countless natural factors a matter of politics. In a surprising transition across the founding figures of political order, Leander Scholz demonstrates the transformations of the relationship between politics and nature: from the Greek phýsis to the manmade Anthropocene, from political economy to political ecology, from oyster farming on the Northern German coast to cybernetics—they all touch on the political coordinates of the present. Today, governing nature also means to be governed by it. 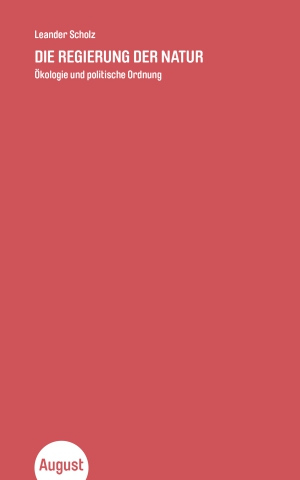