The reference point for this collection of essays is the year 1989. In the context of widespread geopolitical upheavals, questions of national and cultural belonging and orientation had to be re-examined, especially in the southeastern regions of Europe and the neighbouring regions. For with the ‘shift of Europe to the East,’ geography has returned to politics. The conflicts in the ›Middle East‹ and in the Caucasus as well as the ethnic and confessional demarcations and warlike conflicts in the Balkans are expressions of an increased reference of cultural and political orders to space. All these confrontations are symptomatic of a crisis in which the project of transnational integration of Europe, conceived for many decades by the West alone, has got into.

Against this background, the essays examine the relationship between space and order in European cultural history. The focus here is on the attempt to shed new light on Europe from its supposed edges and to question the interrelationships between geography, religion and law. For this purpose, discourses on Europe and the cultural semantics of land and sea are taken into consideration, the geocultural foundation of the Crimea as well as the Israeli constitution, the mythical foundation of patriotism and literary-philosophical foundations of Europe, e.g. in the works of Joseph Roth, Karl Jaspers or Merab Mamardašvili. 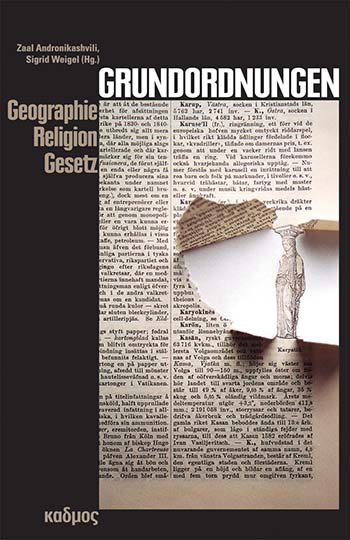