With Geschlecht III, the long-awaited and, until recently, still unknown third part of Jacques Derrida’s Geschlecht tetralogy is finally published in German translation. In the context of a broader discussion surrounding the problem of philosophical nationality and philosophical nationalism, Derrida once again turns to the thinking of Heidegger. More precisely, Derrida discusses Heidegger’s idiosyncratic interpretation of Trakl in which Heidegger realigned his philosophical politics and self-presentation after World War II. Based on the ambiguous term ‘Geschlecht,’ Derrida examines a specific German nationalism which is linked to concepts such as race, gender, and humanity in a both inextricable and unique way. This posthumously published lecture manuscript continually asks for the persistent and recurring impact of Heidegger’s texts—and therefore attempts a determination of the current social and political situation. 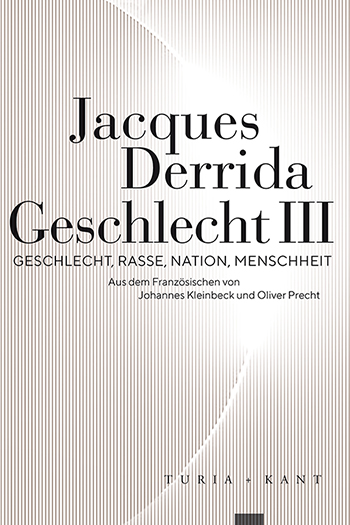