In the early and mid-20th century, Europe experienced a boom in texts that attempted to make ‘Japan’ philosophically legible. Philosophers, writers, and theorists such as Günther Anders, William Empson, and Roland Barthes undertook extensive travels to Japan and intensively engaged with Japanese language, culture, and art. This brought forth readings of Japanese ‘signs’ which bear the promise of outlining a ‘different’ thinking, a counter model to the Western-European systems of meaning and thinking. Not only the end of history can be found in Japan, but, in Japan, the epiphanic can also be thought ‘anew,’ without any Christian elements and without the constraints of a European regime of historicity. The volume traces the orientalist projections and consequences which, as a result of the engagement with Japan, have affected European philosophical and aesthetic-theoretical thinking in the 20th century. Here, it becomes evident just how closely the many varieties of historical philosophy, semiotics, aesthetics, and literary theory are linked to the field of Japonism.

With contributions from Stefanie Diekmann (on Roland Barthes in Japan), Wolfgang Hottner (on William Empson in Japan), and Henning Trüper (on Günther Anders in Japan). 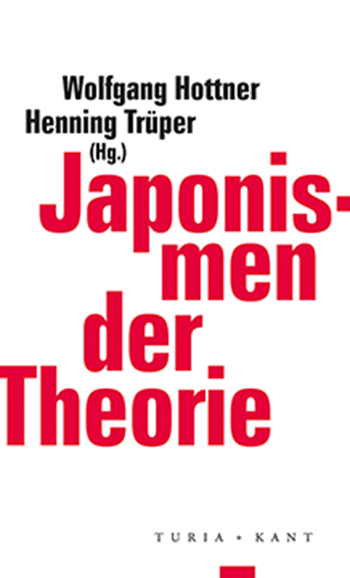