Within the humanities and cultural studies, the discourse on childhood proceeds under the essential premise that childhood is not to be understood as a biological phenomenon, but instead as a discursive formation with its own history. Following the groundbreaking study by Philippe Ariès, the ‘discovery of childhood’ in European Modernity is generally described as the consequence of a process that starts in the Early Modern Age and comes to its explicitly lifeworldly and discursive form around 1800. Throughout this process, the view prevails that childhood as the early phase of life is to no longer be understood as deficient state of transition, but instead as an intrinsically valuable realm of living and thinking that exists separately from the world of adults. In the way of a “black box” (Luhmann), childhood is now understood as a hardly accessible space before the symbolic order that not only requires special scientific efforts but also allows for projections and fictions. This volume primarily aims at assessing the aesthetic, epistemological, and discursive function that literature fulfills in this supposedly young history of childhood. 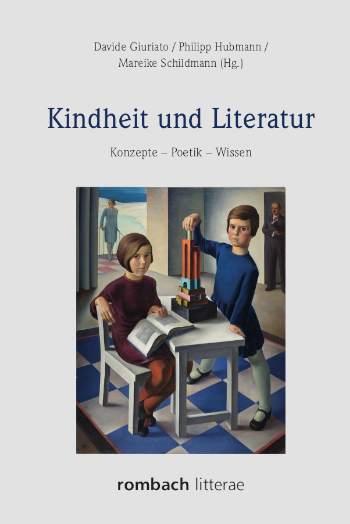