Modernity has generated a new symbol of collective identity: the cultural hero. Poets, artists, and scholars sometimes seem to succeed religious or political rulers, sometimes even replacing them as national figures of authority. By looking at case studies, the more than 20 essays in this volume describe the phenomenon of cultural heros from a comparative perspective for the first time.

In the chapter “Genealogies and Concepts” which focusses on cultural history and theory, the essays deal with heroes and heroines throughout antiquity, figurations of the saint, national allegories, and heroes of literature and science. In the second chapter, “Constellations and Figurations,” the authors conduct a cultural-scientific examination of not only cultural heroes such as Luther as a founder of religion, Voltaire as the prototype of the intellectual, or Schiller as the national poet, but also the Russian Tsar Peter I as founder of a city, Stalin as the ‘socialist Messiah,’ Yuri Gagarin as the icon of technological progress, or Taras Ševčenko as a popular icon of Ukraine. The third chapter, “Techniques and Practices,” includes contributions on the iconology of death masks, the iconography of Georgian banknotes, portraits of scientists in Stalinist film biographies, the voice of the Kazakh folk singer Džambul Džabaev, and on the jubilees of poets Aleksandr Puškin and Šota Rustaveli. 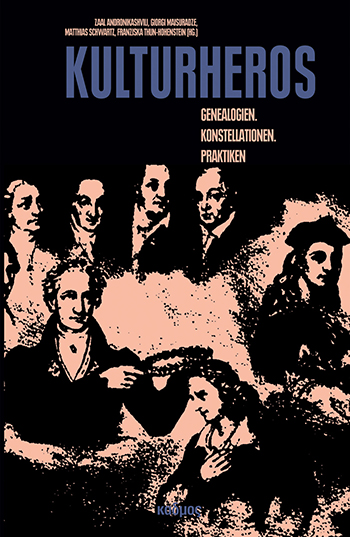