The change in the socio-structural parameters for dealing with waste could barely be more profound than is usually observed for the time after the end of the Second World War. That which the National Socialist economic policy declared a usable raw material disappears in a “flood of waste” that, since the 1950s, is increasingly difficult to manage. In the following years, this turns into an environmental problem that is hard to handle and thus requires an urgent solution. The economic boom and the accelerated development of the mass consumer society generate an “avalanche of waste” that doesn’t even account for the final disposal of nuclear waste, the export of electrical waste to Africa, the pollution of the seas with plastic waste, and other pressing issues of today.

The contributions in this volume focus on the discourses and methods of representation tied to the social practices in dealing with waste as well as on the culture-poetic continuities and discontinuities between the 1930s and the present. Case studies on the problem of waste in German and international literature, in pop songs, in caricatures, in painting, in video games as well as in television plays, in TV series, and motion pictures open up possibilities for comparisons across media. 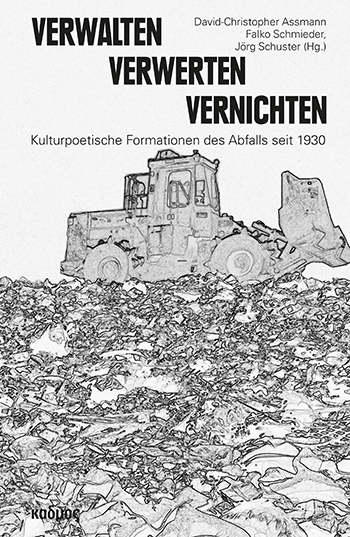