Despite our numerous and diverse encounters with animal sounds in everyday, artistic, and scientific contexts, there has still been very little research into the history of these encounters. However, the crossroads between science, media, and music history are filled with barks and roars, and not without reason. Animal sounds reinforce but also disturb or stir up our demarcation of the ‘Other.’ Are birdsong and the communication between monkeys or dolphins evolutionary precursors of music and language? Do fish communicate in ways that are still unknown to man? Such questions pervade the history of art and science, whereas bioacoustic research has been decisively shaped by the development of sound storage media.

The contributions to this volume shed light on various political, aesthetic, and scientific discourses and practices that brought and continue bringing animal sounds into human contexts. They are interested in not only the media-technical and epistemic challenges of these processes but also in the meanings attributed to animal utterances as is the case in National Socialism or in animal protection, among others. Thus, this interdisciplinary volume establishes a first set of perspectives of a ‘cultural-historical bioacoustics.’ 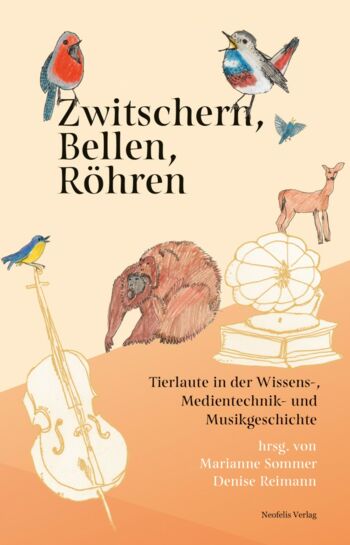