The Rhetoric of Topics and Forms

XXI. Congress of the ICLA: The Many Languages of Comparative Literature – Proceedings Bd. 4
de Gruyter, Berlin 2021, 584 Seiten
ISBN 978-3-11-064148-6 (Print); 978-3-11-064203-2 (E-Book PDF); 978-3-11-064198-1 (E-Book EPUB)
The fourth volume of the collected papers of the ICLA congress “The Many Languages of Comparative Literature” includes articles that study thematic and formal elements of literary texts. Although the question of prioritizing either the level of content or that of form has often provoked controversies, most contributions here treat them as internally connected. While theoretical considerations inform many of the readings, the main interest of most articles can be described as rhetorical (in the widest sense)—given that the ancient discipline of rhetoric did not only include the study of rhetorical figures and tropes such as metaphor, irony, or satire, but also that of topoi, which were originally viewed as the ‘places’ where certain arguments could be found, but later came to represent the arguments or intellectual themes themselves. Another feature shared by most of the articles is the tendency of ‘undeclared thematology,’ which not only reflects the persistence of the charge of positivism, but also shows that most scholars prefer to locate themselves within more specific, often interdisciplinary fields of literary study. In this sense, this volume does not only prove the ongoing relevance of traditional fields such as rhetoric and thematology, but provides contributions to currently flourishing research areas, among them literary multilingualism, literature and emotions, and ecocriticism. 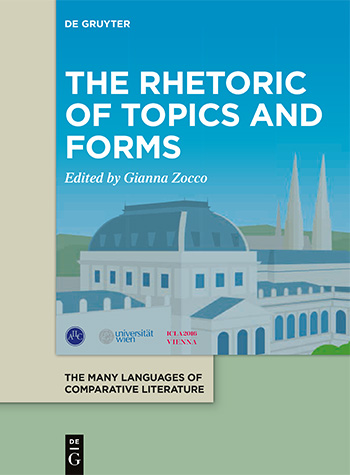