Georgia Research at the ZfL

What is the location of Georgia? This question is not easy to answer. The country between the Caucasus and the Black Sea is a border region whose geopolitical affiliation is controversial. Depending on the perspective, it is located in Eastern Europe or Southern Russia - although over the centuries the question has arisen as to whether it could be located beyond or within these political-geographical entities. Its precarious location has repeatedly led to open conflicts such as the recent war with Russia in 2008, but it is also expressed in numerous projections and longings, imaginations and cultural topoi. These include the heritage of ancient Colchis and the survival of Christian Orthodoxy, rebellion and hospitality, the wildness of the mountains and the paradisiacal abundance of orchards.

For more than ten years the ZfL has been researching the cultural history of Georgia as a history of these images and topoi. This research is less concerned with a chronological reconstruction of the country's history than with an analysis of the superimposed and overwriting self and foreign interpretations. Georgia is a »cultural palimpsest« – this was the title of the first project launched in 2006. At the time, it was one of several case studies of the network »Topography of plural cultures of Europe«, which was financed by the Federal Ministry of Education and Research in the funding initiative »Humanities in public dialogue«. The follow-up projects also aimed to contribute to a better understanding of current social problems. Throughout this time, the cooperation with scientists from the region, in particular with colleagues from the Ilia State University in Tbilisi, has been of particular importance.

The starting point for our research projects is the most recent phase in the changing interpretation of Georgia, its conflictual repositioning after the collapse of the Soviet Union. Against this background, in 2008 another project started examining »figurations of the national in the Soviet empire«: the symbolic forms of representation and the concrete, often violent practices with which the USSR was constructed under the Georgian Stalin as a union of ›fraternally‹ associated nationalities. It was not least these Soviet-Georgian figurations that fostered the new nationalism that emerged in post-Soviet Georgia and has remained virulent there to this day, as in other former Soviet republics. The aim of the project was to adequately describe these complex cultural inheritances, which also meant critically questioning their continued effectiveness.

This type of analysis requires some methodological care. This is represented by the instrument of ›cultural semantics‹, with which the subsequent projects explored the history of the meanings of symbolic and real spaces. The focus was expanded from »Cultural Semantics of Georgia between Caucasus and Black Sea« (2012–2015) to »Cultural Semantics of the Black Sea Region« (2014–2016) and finally to »Cultural Semantics of the Black Sea from the Perspective of Eastern Port Cities« (2016–2018). The projects, two of them funded under the Volkswagen Foundation's programme »Between Europe and the Orient – A Focus on Research and Higher Education in/on Central Asia and the Caucasus«, were able to demonstrate how the imperial and post-imperial claims and the codes of ›Orient‹ and ›Occident‹ overlap around the Black Sea. As the conflict over the Russian annexation of the Crimea since 2014 has shown, these cultural spaces are still strongly charged not only geopolitically but also affectively.

Compared to the tensions in Ukraine, Georgia is currently making rather positive headlines. It is the guest country at this year's Frankfurt Book Fair and is developing into a sought-after travel destination, with Tbilisi as a party city and considered to be the »next Berlin« by some (Die Zeit on July 5, 2017). International retail chains have been opening their flagship stores in the Georgian capital for some time now. One could assume – in hope or regret – that Western Europeanisation is progressing unstoppably. However, this will not change Georgia's conflict-prone situation, and the fundamental historical tensions will not disappear either. Doing further research will therefore remain an important undertaking in the future.

ZfL research projects on Georgia and the Black Sea Region

2006–2009 Georgia as a Border Region and Cultural Palimpsest*

2008–2010 Aporias of Forced Modernization. Representations of the National in the Soviet Empire*

2016–2018 Batumi, Odessa, Trabzon. The Cultural Semantics of the Black Sea from the Perspective of Eastern Port Cities* / ** 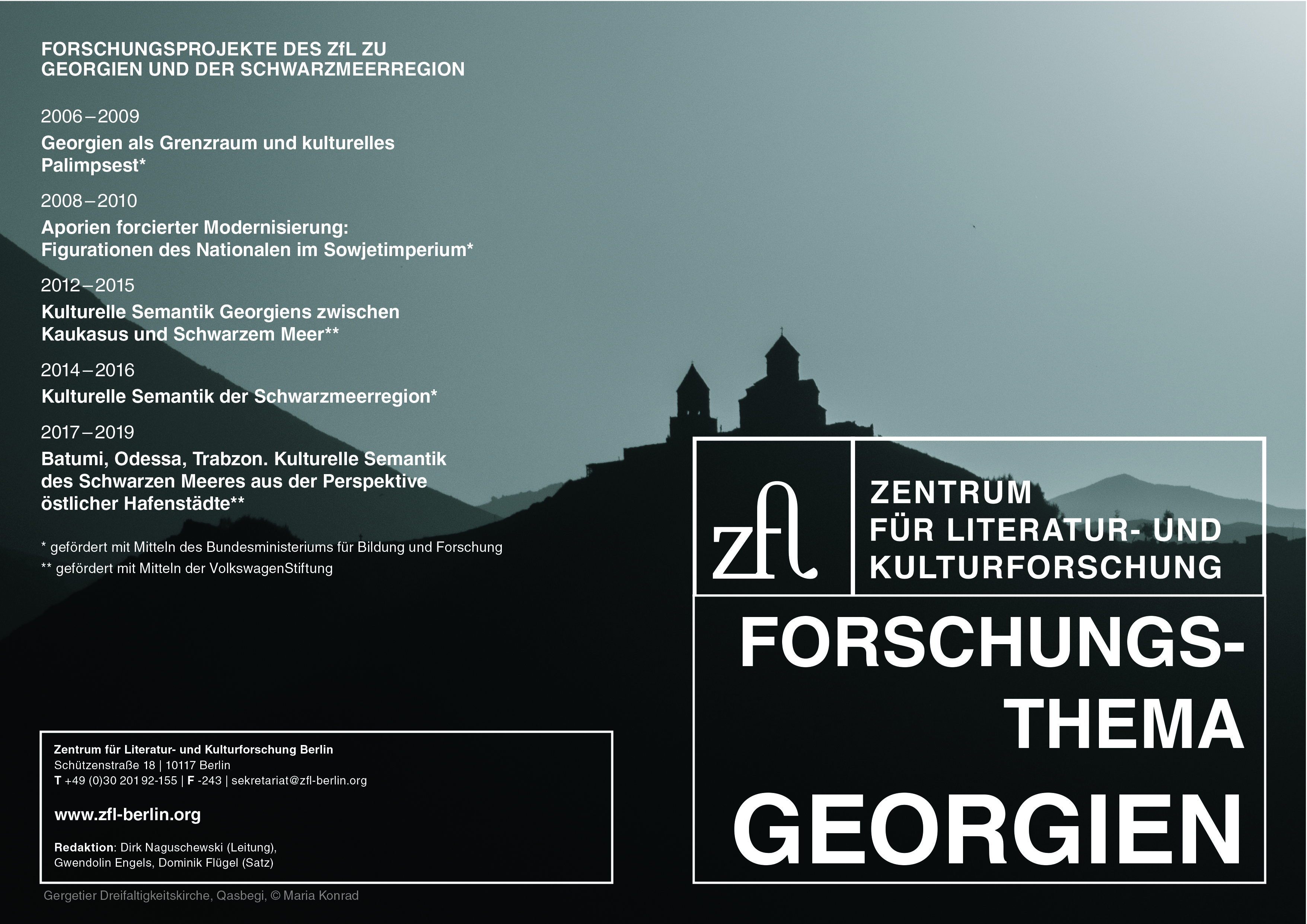 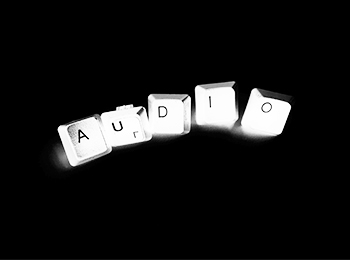 Radio talk [in Russian] (29 Jan 2021):
PALACE COUPS. WHY NAVALNY’S
RUSSIA IS BETTER FOR GEORGIA
THAN PUTIN’S
(with Zaal Andronikashvili) 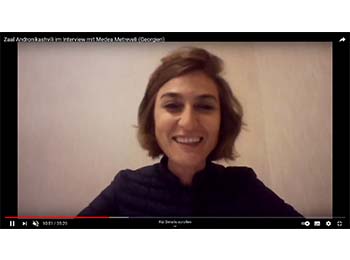