The Eccentric in Contemporary Literature

In Cooperation with the Literaturhaus Berlin

Quirky scholars, tyrannical aunts, obsessive dropouts, indulgent hypochondriacs, self-proclaimed queens and spirited underground operatives: literature appears to be overflowing with a rich spectrum of eccentrics. The literary historian Herman Meyer’s classic study Sonderling in der deutschen Dichtung rooted this figure in the 19th century, but it seems to be of particular interest for the present moment.

The ZfL Literature Days will investigate this surge of interest in the eccentric in light of current debates over diversity and plurality, about respect for different identities and efforts to enable and protect equal access to society for all its members. Not all literary eccentrics can be encompassed under the rubric of modern diversity management: some test the very limits of what has become a politically normalized notion of diversity. Cranky, grotesque, if not absurd, some eccentrics intentionally refuse and reject social recognition. Their individual particularity stands opposed to inclusion and integration, which they regard with indifference or from which they even withdraw. In doing so, these figures call certain aspects of current discussions of pluralism into question. Does social integration not, per se, limit the potential of individual diversity? Does recognition not inherently weaken, or anesthetize that which purportedly ought to be recognized?

The supposedly apolitical figure of the eccentric can, thus, reveal itself as a potential skeptic in relation to the discourse around diversity. For s/he insists on remaining estranged and lashes out against social approbation. This intentional separation produces a wondrous type of autonomy, perhaps even sovereignty, to which a specific aesthetic pertains. The Literature Days in the Literaturhaus Berlin will, therefore, investigate specifically which type of language, which tone, and which literary modes and genres are instrumental in framing contemporary representations of the eccentric.

Readings and talks with ...

Readings and talks with ...

The event will be held in German. 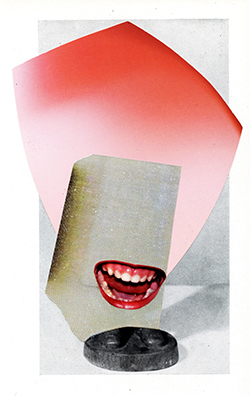