Romance philologist, research associate at the ZfL until 2012, last worked as academic advisor to the project The Theory and Concept of an Interdisciplinary Conceptual History

Karlheinz Barck, born on November 28th, 1934 in Quedlinburg, died on September 30th, 2012 in Berlin, was a Romanist. From 1953 to 1958 he studied Romance languages and literature at Humboldt University in Berlin in French, Spanish and Romanian. He then went to Rostock, where he was an academic aspirant for Hispanic Studies at the Wilhelm Pieck University from 1960 to 1964, earning his doctorate in 1966 with a dissertation on José Ortega y Gasset. In 1966 he returned to Berlin to work at the Institute for Literary History at the Academy of Sciences of the German Democratic Republic—until 1975 as a research assistant, later as head of the department for Theory and Methodology of Literary Studies. From 1992, he worked at the ZfL as head of projects and research on theory and history of aesthetic thought. Here, his supervision and editing of the seven-volume dictionary Ästhetische Grundbegriffe is particularly noteworthy. From 2001 to 2005 he was head of the research project LEONARDO-Effekte. Exemplarische Konstellationen aus der Trennungsgeschichte von Natur- und Geisteswissenschaften: 1800 – 1900 – 2000. Between 2008 and 2012 he was an academic consultant to the project The Theory and Concept of an Interdisciplinary Conceptual History.
Guest lectureships have taken him, among other places, to Montréal and Rio de Janeiro. From 1994 to 1998, Barck also served as council member at the Deutsche Gesellschaft für Ästhetik. 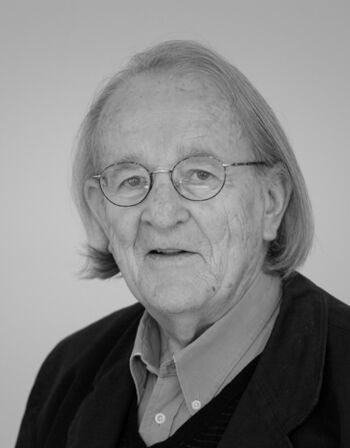