Julia Kristeva is a literary theorist, psychoanalyst, and writer. Born in Bulgaria, Kristeva has lived and worked in France since 1966. She is the director of the doctoral school for Languages, Literature, Image, Civilisation and Social Sciences at the Université Paris 7 – Denis Diderot. Kristeva is Commandeur of the French National Order of Merit and commandeur of the Legion of Honor. She has received numerous honorary doctorates, from numerous universities, just to name a few: Buenos Aires, Haifa, Harvard, London, Sofia, Thessaloniki, Toronto. She is a member of the Institut universitaire de France (2000) and the British Academy (2004). In 2004 she received the Holberg International Memorial Prize. In 2006 she was awarded the Hannah Arendt Prize. Julia Kristeva has been an Honorary Member of the ZfL since 2009.

Kristeva’s writings on semiotics and poetics along with her contributions to the journal for literary theory Tel Quel have had an immense impact on poststructuralist theory. Her work draws significantly from Freudian and Lacanian psychoanalysis, Russian formalism, and Hegel’s philosophy. During her research stay in 2011, Julia Kristeva held her inaugural lecture as honorary member of the ZfL on March 8th, entitled »The Need to Believe and the Force of Monotheism«.

Events with Julia Kristeva at the ZfL 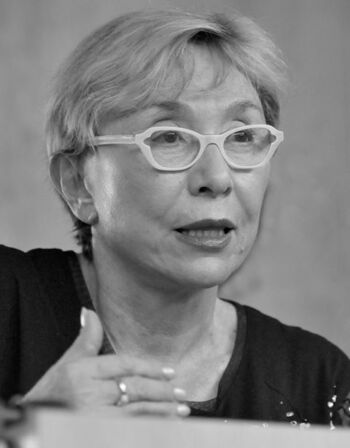