Honorary member of the ZfL, publicist and translator

Irina Scherbakowa is a Germanist and historian. Her research interests include oral history, totalitarianism, Stalinism, the Gulag, the Soviet special camps on German land after 1945, questions of cultural memory in Russia, and the politics of remembrance. In the late 1970s, Scherbakowa began recording interviews with victims of Stalinism. In 1991, she began studying the KGB archives. Following her years of work for journals such as Sowjetliteratur, Literaturnaya gazeta, and Nezavisimaya gazeta, she became a fellow at the Wissenschaftskolleg in Berlin as well as at the Institute for Human Sciences in Vienna. She was a guest professor at the University of Salzburg and a lecturer at the Center for Oral History at the Russian State University for Humanities in Moscow from 1996 to 2006.

Up until it was definitively banned in February 2022, Scherbakowa worked for the International Historical Educational Charitable and Human Rights Society Memorial (Moscow) which was awarded the Nobel Peace Prize in 2022. Since 1999, she also managed the Russia-wide student competition “Man in History. Russia in the 20th Century.” Scherbakowa is a member of the Buchenwald Memorial board of trustees in Weimar and of the Action Reconciliation Service for Peace. She is also a member of the executive committee at the Marion Dönhoff Foundation. In 1994, she was awarded the German Catholic Journalism Prize. In 2005, she was awarded the German Federal Cross of Merit, and, in 2014, the Carl von Ossietzky Prize. In 2022, she received the Marion Dönhoff Prize for International Understanding and Reconciliation. Since 2010, Scherbakowa is an Honorary Member of the ZfL.

Events with Irina Scherbakowa at the ZfL 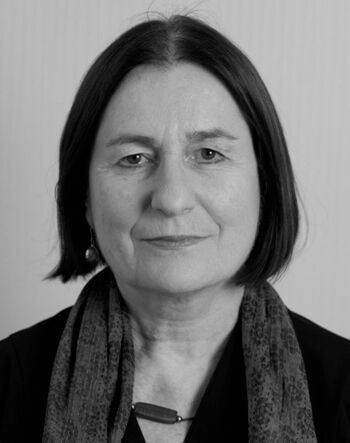