When speaking of the Soviet film avant-garde, it is usually the revolutionary cinema of the 1920s and 1930s that is being referred to – the subject of the first volume of the “Classics of Russian and Soviet Film” (Klassiker des russischen und sowjetischen Films). But masterpieces were also created in the period from Stalin’s death to the end of the USSR (and beyond), great directors made names for themselves, aesthetic highlights and experiments abounded. Beginning in the era of the cultural Thaw in the late 1950s, Soviet cinema once again gained worldwide attention. Unlike its counterpart on the other side of the Iron Curtain, it not only displayed the devastation of the German war of annihilation in an unsparing manner rarely seen in the West. It also questioned the state of its own socialist and multinational society through the genres of satirical comedy, allegorical science fiction, militant documentary, poetic animation, or accomplished literary film adaptations. From Kalatozov via Bondarčuk, Romm and Chuciev to Tarkovskij, Šepit’ko, German, and Muratova, this second volume selected 22 key films to explore one of the most productive cinematographic continents of all time: four decades in which a mass medium was cultivated, and outstanding examples of auteur cinema were created. Whether state artist or victim of censorship – from today’s perspective, one can rightfully say there was once a cinema that was politically, socially and personally significant. 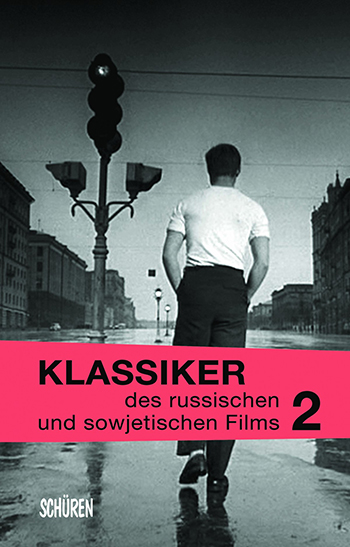