Techniques of producing presence touch on central aspects of the s and functions of images. Especially in religious contexts, images are said to establish a dialogue between the otherworldly and the earthly sphere by their various manifestations of presence. In this context, the book focuses its attention on the presentation of the miraculous host of Gorkum in the sacristy of the Real Monasterio de San Lorenzo de El Escorial, known as the Sagrada Forma. The point of this highly complex altarpiece (1684–1690) is that the host, which was one of the most important relics at the court of the Spanish Habsburgs, was hidden from the worshippers’ view for most of the year. Only twice a  year, the famous center painting by Claudio Coello, depicting Charles II in his worship of the Sagrada Forma was, ‘miraculously’ lowered into the ground behind the altar to reveal it  for the king’s worship. Starting from a close-up analysis of the multiple visual media combined in the altar ensemble, the book allows for a differentiated look upon varying forms of the idea of presence. 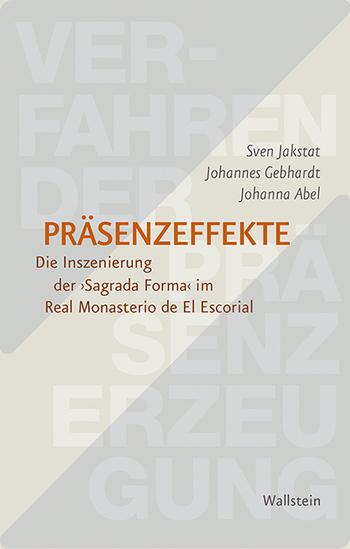