This volume explores modes of urban representations that focus on the visual and on movement, both in the media of literature and film, as well as in discourses of migration, tourism and social movements. The collection of essays thus addresses the visual both in its materiality, as in architecture, art, film, photography, and in the imagination, as in literature and writing in general. Urban spaces are conceptualized as potential contact zones for different ethnic and social groups which, increasingly, are not necessarily characterized by a territory of their own, but are often translocal, discontinuous, displaced, and displacing. The essays investigate the tensions between various kinds of hybrid texts about New York City whose simultaneity is an articulation of the “creative energy” of city life. They are a contribution to the analysis of the cultural work of contemporary urban fiction, film, and other urban discourses. 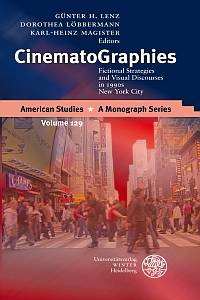