The pandemic has brought about a new phenomenon: the ‘Covid denier.’ A denial implies that there is a truth that is being covered up, distorted, or negated. The feeling that we have lost a common world in which we can have different opinions and varying viewpoints on the basis of universally accepted facts had already intensified when the ‘climate change denier’ entered the stage. Both terms, ‘Covid denier’ and ‘climate change denier’, suggest the emergence of counterworlds. These counterworlds comprise paranoid skepticism of science and the blunt negation of acknowledged facts.

Coined in analogy to the term ‘Holocaust denier,’ an individual who disputes the National Socialists’ genocide against the Jews and thus attempts a historical revisionism, the ‘Covid denier’ elicits moral outrage. This outrage intensifies as the media report on ‘Covid deniers’ forming ‘parallel societies’ and everyday infrastructures with their own job and partner agencies that ignore all measures against Covid. As a parallel society that cuts itself off from the majority, the counterworld thus becomes a threat. It subverts norms or even suspends ‘law and order.’ Ultimately, the mechanisms of inclusion and exclusion, which these terms not only describe but also reinforce, benefit those who aim at polarizing society.

As populist politics made false or misleading claims that lead to Brexit and the election of Donald Trump, dystopian novels such as George Orwell’s 1984 or Margaret Atwood’s The Handmaid’s Tale suddenly appeared on bestseller lists. Hannah Arendt’s analysis of totalitarian rule joined those rather unexpected bestsellers. Whereas dictatorships and totalitarian states simply suppress unwanted facts and opinions, in ‘post-factual democracies’ the free circulation of often short-lived contents can erode the differences between more or less plausible opinions. Under new medial conditions, fact and fiction can be hybridized: simply by omission or by arranging information and assertions in narrative patterns that are supposed to generate credibility.

Currently, ‘counterworld’ is rarely understood as utopian counter-image or political alternative that envisions a different—and better—society. When Karl Mannheim juxtaposed ideology and utopia in his 1929 book Ideology und Utopia, he suggested that both ideology and utopian alternative transcend reality and therefore do not correlate with it. In order to differentiate between ideology and utopia, at least in retrospect, Mannheim distinguished between ideology as obscuring reality, and utopia as changing reality. The current lack of utopian counterworlds might indicate an implicit agreement with the status quo. Present-day conspiracy narratives, often-times the product of fantasies fueled by old resentments, can be read as compensatory reactions to the loss of group-specific privileges.

For some time now, media posing as an ‘alternative’ to mainstream media have claimed to expose the ‘lies’ of the mainstream. Loud opposition against the majority’s supposed delusion makes it possible to assert oneself as a ‘dissenter.’ During the Covid pandemic the ongoing restrictions provoked a rhetoric of freedom. Under the assumption that the other side was denying or manipulating the facts, a discussion on different concepts of freedom was no longer possible.

Counterworlds simultaneously destabilize and stabilize their antagonists. Given the undermining and dismantling of institutions during the Trump presidency, there is the question as to how other forms of (self-)critical alternatives might look like. As Kim Stanley Robinson proved with his recent novel The Ministry of the Future (2020), contemporary utopian thinking does not necessarily transcend reality. In his book, the global climate catastrophe is averted with the help of a UN institution anchored in multilateralism, but at the same time operating against its bureaucratic principles. Neoliberal capitalism can only be overcome in cooperation with the global banking system. And yet, what does it say about our times when Robinson candidly acknowledges that the story of preventing the worst-case scenario already is a (literary) utopia? What does it say when a declining statistical curve of infection rates or CO2 emissions becomes the epitome of hope?

Over the next three semesters, the ZfL will explore historical and contemporary counterworlds, their constitution in medial contexts, their literary and artistic forms of representation as well as their functions as ideals, projections of fears and hopes, and alternatives. 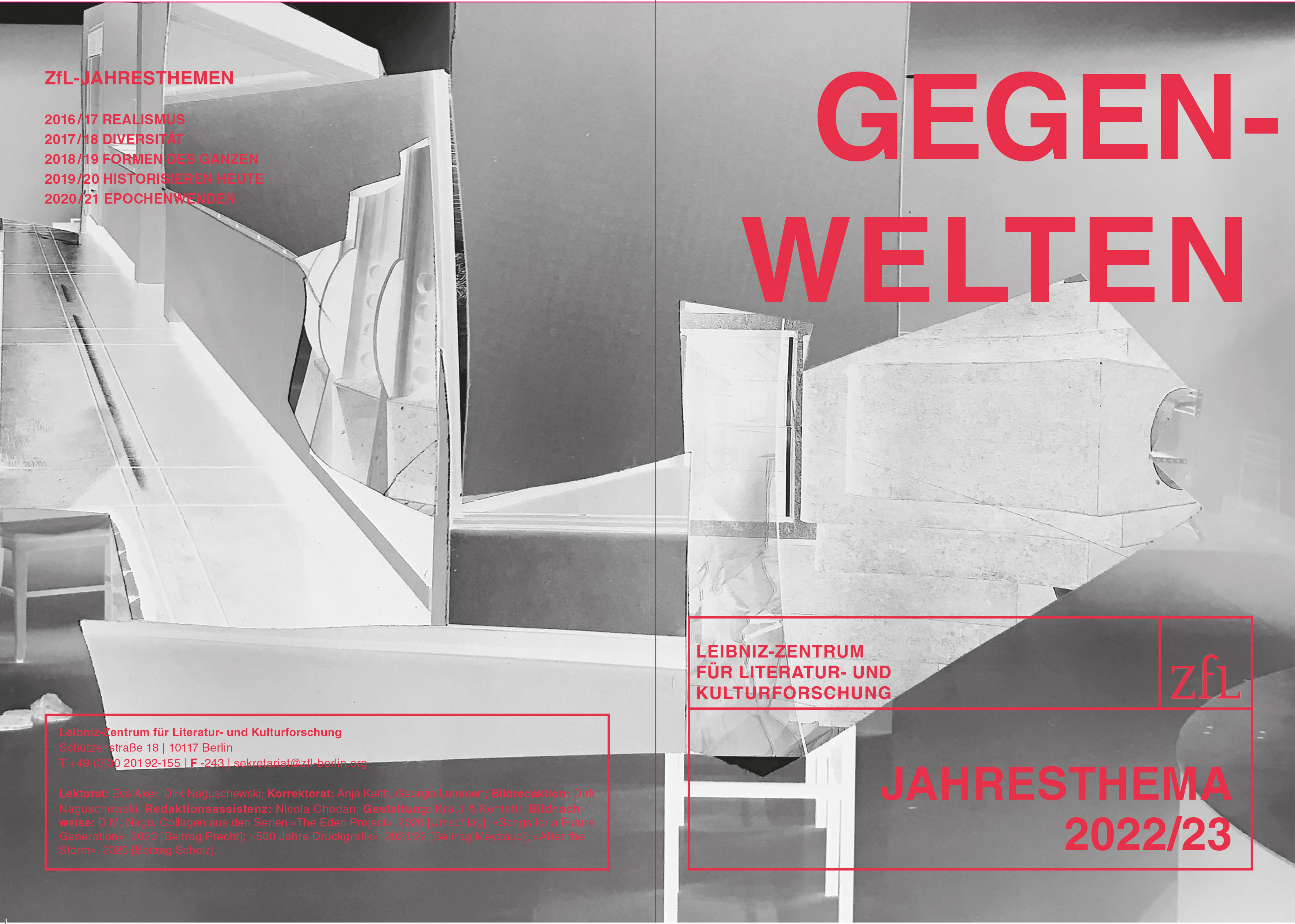