The poet and writer Varlam Shalamov had no doubts that he had spoken an independent word in literature. However, the recognition he longed for remained elusive throughout his life. His main work, the six cycles of shortstories entitled Kolyma Stories, which reflect the events in the forced labor camps of the Gulag at the pole of cold, appeared posthumously after the dissolution of the Soviet Union. Shalamov lived in a period of Russian history marked by ruptures and losses, in which hardly anyone was able to escape the threatening power of politics. Poetry became his resistance. In this first comprehensive biography, Franziska Thun-Hohenstein gives a gripping account of Shalamov’s life and work, without subordinating them to a simple logic of development. The contradictory and the fragmentary are juxtaposed here as well, shedding light on a unique life that was brutally battered by its time. Throughout his life—as a child, as a young man, and after the Kolyma—Varlam Shalamov drew the strength to resist his time and to wage a lifelong struggle to maintain his independence in life as well as in writing from art and poetry. 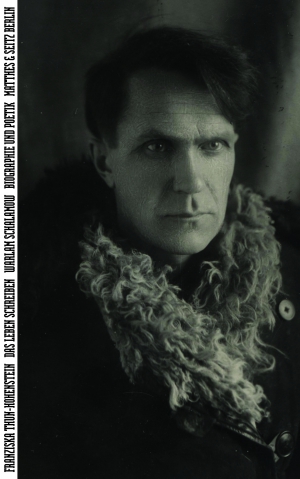