When, in April 1939 and after six days on a ship, the eleven-year-old Susan Taubes set foot on New York soil, she left behind a childhood in Budapest as the granddaughter of a respected rabbi and the daughter of a well-known psychoanalyst. Ahead of her lay an eventful life in which she would no longer find a home.
The young philosopher spent her student years in Jerusalem, at the Sorbonne, and at Harvard, her life as a writer in Paris and New York: places that framed her intellectual and artistic work, on Judaism after the Second World War or the Shoah, for example, and led to an extraordinary network of encounters and correspondences (such as with Sontag or Lévinas). Budapest, however, remained the vanishing point for the ever-present memory of the world in which she grew up and the starting point for a life-long series of losses. Based on her exploration of the writer’s notes and belongings, this intellectual biography gives an vivid and close account of how these memories, together with the experience of political violence and constant transit, shaped Susan Taubes’s life and writing. 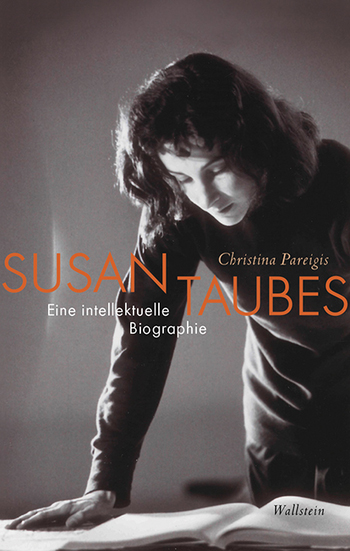 Christina Pareigis on Susan Taubes in the Trajekte journal (in German):

The issues can be ordered by sending a stamped envelope.