After many years of mutual knowledge and recognition, Jacob Taubes and Carl Schmitt finally gave up the distance and exchanged a total of 36 letters between 1977 and 1980. They document a conversation between two intellectuals who were as important as they were scandalous. Collected from various estates, they are collected here for the first time and presented with commentary.
Between the philosopher of religion from a rabbi family, founding professor of the first chair for Jewish Studies in Germany at all, and the constitutional and international law expert, party supporter of the Nazis from 1933 to 1936, who did not hold any public offices after 1945 but nevertheless remained highly influential, a dialogue develops on current questions of state and political theology. St. Paul as the first non-liberal Jew, Thomas Hobbes as thinker of the world civil war avant la lettre, Erik Peterson and Leo Strauss as Schmitt's interlocutors, Walter Benjamin as common reference figure - their echo echo echoes in a correspondence in which the thinking is subjected to the certainty of (er)solving revelation and Catholic form, determined by the apocalyptic affect and the work of the catechist, and finally located in the cold space of absolute decisions.

See also the italian translation of the volume 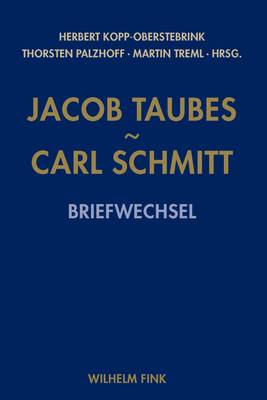