Translated from Russian by Gabriele Leupold, edited with an epilogue, a glossary and notes by Franziska Thun-Hohenstein.

Das vierte Wologda is Shalamov's book of memoirs of his childhood and early youth in his birthplace in northern Russia, whose special freedom-loving spirit has shaped him forever. The city owes this spirit to the numerous political banished people who have left their marks within centuries. As a son of a priest, Shalamov experienced the revolution and post-revolutionary turmoil there at the age of ten. In the laconic story, he succeeds in combining his reckoning with the authoritarian world of the father with impressive images from the everyday life of the provincial city and thus embedding them in the dramatic period of change in Russian history in the 20th century. The volume is supplemented by the fragmentary memoirs of literary life in Moscow in the 1920s and 1930s: a panorama of this world which influenced Shalamov's writings and which he remembers with astonishing precision and attention to details even after decades in storage. 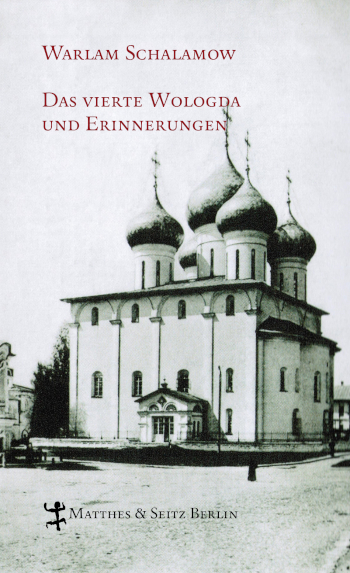 Review by Christoph Schulte, in: Christ in der Gegenwart, 01 Dez 2013