At the Limit of the Obscene
German Realism and the Disgrace of Matter
[An den Grenzen des Obszönen. Der deutsche Realismus und die Schande der Materie]

As German-language literature turned in the mid-nineteenth century to the depiction of the profane, sensual world, a corresponding anxiety emerged about the terms of that depiction—with consequences not only for realist poetics but also for the conception of the material world itself. Erica Weitzmann examines the roots and repercussions of this anxiety in German realist and postrealist literature. Through analyses of works by Adalbert Stifter, Gustav Freytag, Theodor Fontane, Arno Holz, Gottfried Benn, and Franz Kafka, she shows how German realism’s conflicted representations of the material world lead to an idea of the obscene as an excess of sensual appearance beyond human meaning: the obverse of the anthropocentric worldview that German realism both propagates and pushes to its crisis. The book thus brings to light the troubled and troubling ontology underlying German realism, at the same time demonstrating how its works continue to shape our ideas about representability, alterity, and the relationship of human beings to the non-human well into the present day. 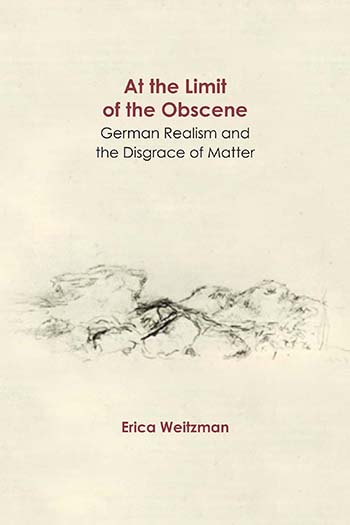