The exchange of letters between Gretha and Ernst Jünger far exceeds a mere correspondence between spouses. Not only does this exchange give insight into the private and everyday lives of a couple caught between Bohemia and family, but it also acts as a first-rate historical and literary document.
This multilayered correspondence between Gretha and Ernst Jünger spans four decades. Following the initial displays of affection, the letters of the 1920s focus on the organization of family life, the circle of friends, the political situation, and, not least, on Ernst Jünger’s works. The correspondence during the Second World War is particularly intense. Jünger was part of the Wehrmacht’s high command in Paris while his wife experienced the bomb war at their home in Kirchhorst near Hannover. Thus, Gretha Jünger becomes a chronist of events, a circumstance which makes Ernst Jünger’s diaries (Strahlungen) appear in a new light. From the approximately 2.000 surviving writings, Anja Keith and Detlev Schöttker selected and exemplified 350 letters from the years 1922 to 1960. One focus lies on the time of the Second World War, a focus which turns the couple’s correspondence into a unique mirror of history. 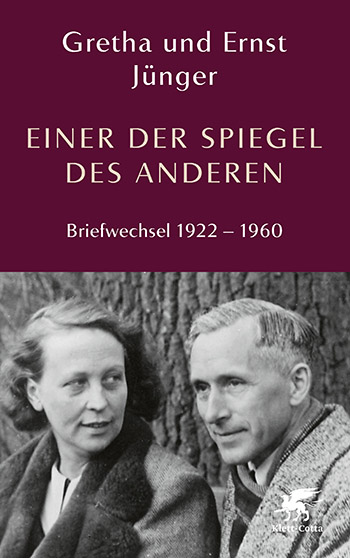