Georges Didi-Huberman is a philosopher and art historian at the École des Hautes Études en Sciences Sociales (Paris). He has taught as a visiting professor around the world, including at Johns Hopkins University, Northwestern, University of Tokyo, Berkeley, The Courtauld, and the Freie Universität Berlin. He has conducted research in Rome (Académie de France), Florence (Villa I Tatti-Harvard University Center for Italian Renaissance Studies), and London (Institute of Advanced Study, Warburg Institute) and has organized numerous exhibits, including »L’Empreinte« at the Centre Georges Pompidou (Paris, 1997), »Fables du lieu« at the Studio national des arts contemporains (Tourcoing, 2001), and »Atlas« at the Museo Nacional Centro de Arte Reina Sofía (Madrid, 2010). Didi-Huberman’s work has also received much recognition, such as honors from the Paris Académie des Beaux-Arts, the Hans-Reimer-Prize granted by the Aby Warburg Foundation (Hamburg), the Premio Napoli (Naples), and the International Research Grant Prize awarded by the Max Weber Foundation in 2014, the Thedor W. Adorno award in 2015, and was awarded the Humboldt Research Prize in 2007 upon his nomination by the ZfL. He has been an Honorary Member of the ZfL since 2006.

As the intellectual descendant of such cultural theorists as Aby Warburg and Walter Benjamin and as a student of Louis Marin, Didi-Huberman holds a central position in the dialogue between the fields of art history, cultural studies, and image studies. His research interests include the history and theory of images, anthropology, and psychoanalysis. His work cuts a swath through history from the Renaissance to contemporary art and examines, just to name one focal point, the science of iconography in the 19th century and its impact on 20th-century artistic movements. 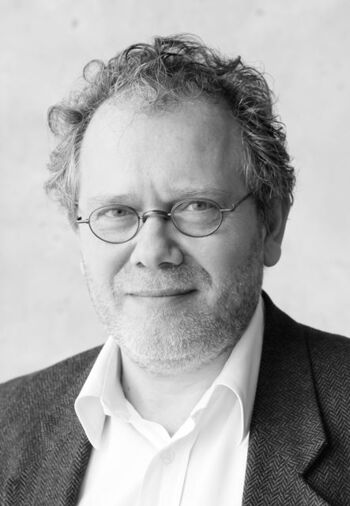