Honorary member of the ZfL, until his retirement Professor of comparative literature at the Hebrew University of Jerusalem (Israel)

Stéphane Mosès, born on June 11, 1931 in Berlin, died on December 1, 2007 in Paris, was a professor of comparative literature at the Hebrew University of Jerusalem. Born in Berlin, his family immigrated to Morocco in 1936. After the war, he returned to Europe to study German literature in Paris and Nanterre. In 1969 he moved to Israel. He founded the German department at the Hebrew University of Jerusalem in 1977. In 1990 he founded the Franz-Rosenzweig Minerva Research Center for German-Jewish Literature and Cultural History, where he served as director until his retirement in 1996. After returning to Pars in 1997, Mosès resumed his work up until his death in 2007. He was awarded the prestigious Humboldt Research Prize in 2004.

Stéphane Mosès’s writings on Rosenzweig, Scholem, and Benjamin distinctly shaped the image of German-Jewish modernism. His name has come to stand for ›Jewish Thought in a World without God‹ – an epithet that also served as the title to his Festschrift (Berlin 2001) – for his study of the tradition of Jewish writing and German literary history (from Goethe to Celan) gave way to readings that responded both to the 20th century’s rupture in civilization and the dialectics of secularization. 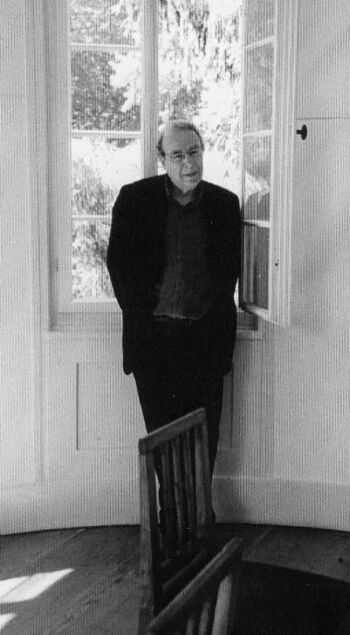